Arville is sharing in the success of academics and industry pioneers who have developed a new type of unmanned aerial vehicle (UAV). With the potential to transform telecommunications, the technology could provide an alternative to costly satellites. Arville worked with the project team, including researchers from five universities and several companies, to develop the lighter-than-air, 15-metre long, 120kg Phoenix aircraft.

Arville was tasked with devising a specialist fabric for the central, helium-filled fuselage of the prototype craft – the test-flight of which has already attracted media coverage from the BBC, Sky and CNN.

Called Phoenix, it has the appearance of an airship, with wings and solar panels, and is designed to stay in the air indefinitely. The project leaders’ aim is to develop a more cost-effective alternative to launching satellites, which – in turn – could revolutionise telecommunications systems. 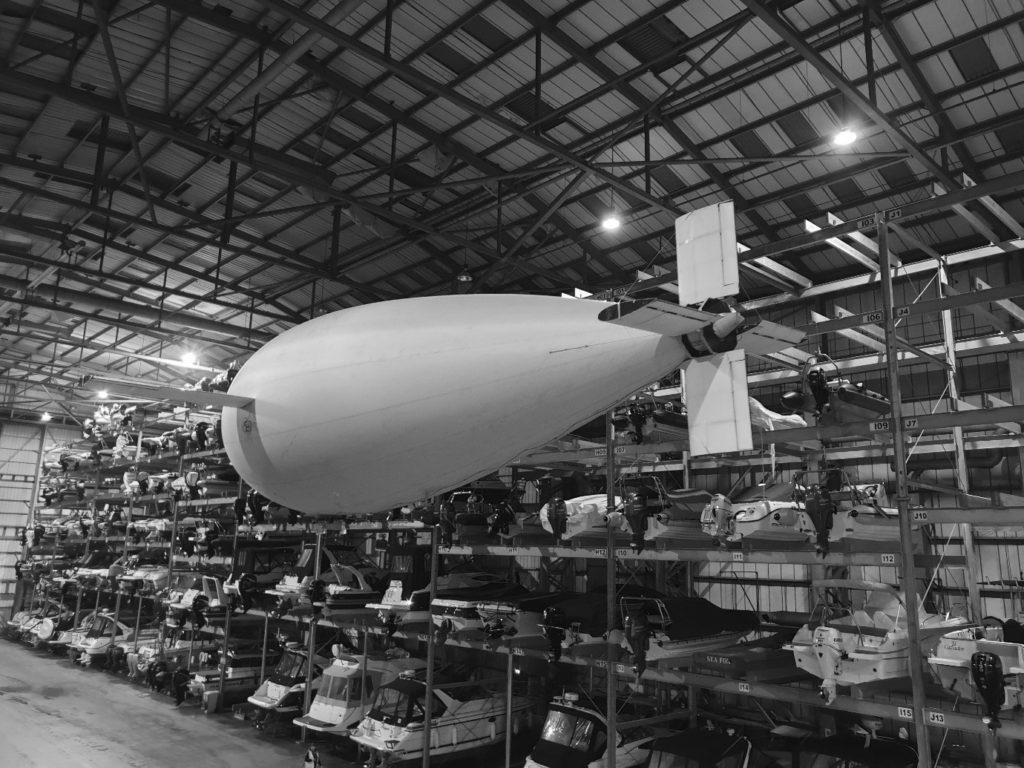 Tested in Portsmouth, Phoenix ascends like a balloon and flies under its own propulsion, although it has no engines. Internal compressors can bring in air from outside to make the plane heavier and allow it to descend – or move forward, by expelling air.

“As part of a consultative approach we worked closely with the design engineers to establish all of the physical parameters that the material needed and how it would interact with other components within the structure of the aircraft. We had very strict physical performance requirements to work with – based around weight, tensile strength, UV and weather resistance, and gas permeability” Andy continued.

The end result is a lighter-than-air self-powered craft with a main body fuselage that can contain 120m cubic metres of pressurised helium.

The project, part-funded by the UK government’s innovation agency, Innovate UK, has seen involvement from the universities of Highlands and Islands, Bristol, Newcastle, Sheffield and Southampton. Also on board are three of the UK’s Technology Catapults – the Centre for Process Innovation, the Manufacturing Technology Centre and the National Composites Centre – and several companies who have manufactured and supplied components, including Arville.

GDPR Update 25/05/2018 - This website uses cookies so that we can provide you with the best user experience. You can read more about the cookies that we use and their purpose at any time in our Privacy Policy.I understand